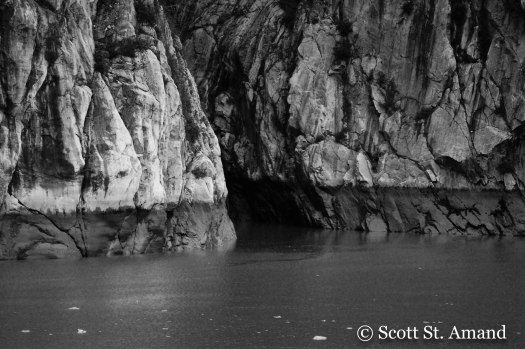 This photograph was taken on the journey to Skagway, Alaska up the Inner Passage from Juneau.  I must admit that I was unaware that there were fjords in Alaska, as in Norway and Iceland.  A fjord is simply a long waterway cut by glaciers into the bedrock.  The stone walls of the fjords were incredible, as were the markings on them.  You can see in this photograph the dark tide lines on the stones which lead into a deep chasm in the rock.  Alaska was mysterious to me.  It was true wilderness, which fascinates me.  Even in the wilds of North Carolina, I am still mindful that I was not the first person to trod upon the dirt.  There is a distinct possibility that if you stray to far afield of the paths in Alaska, you may be the first human to do so.  I long to go back to Alaska. 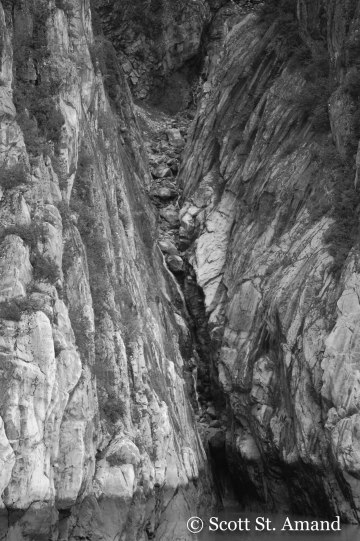 This photo was taken in between Juneau and Skagway, Alaska.