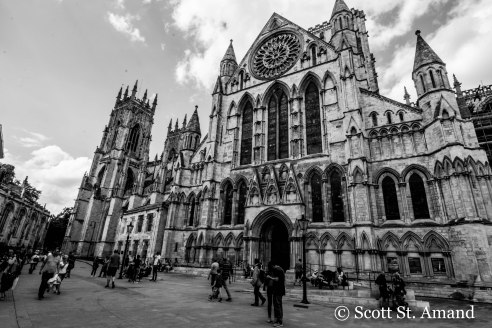 I rarely take photographs with people in them, but the ones that I do turn out to be some of my favorites, as you can see in my “Solitary” gallery.  This photograph of York Minster Cathedral was taken in my most recent trip to England.  I had visited a Gothic cathedral years before in Palma, Mallorca (La Seu), but I was still taken aback by the august size of York Minster.   This was Kemper’s first taste of Gothic architecture, and though I know that the grandeur was lost on him a bit, at the very least he will have context now when he is introduced to arches, vaults, and flying buttresses later in his life.

One Reply to “York Minster”