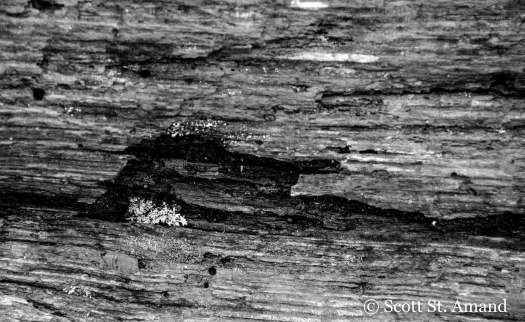 Christmas break was supposed to be a reset.

Kemper had begun showing out at school, becoming increasingly obstinate to the teachers.  It had not fully made its way home, but we received emails every night or notes home in his folder that he had refused to do work or told the teacher he did not want to do something she asked.  He was five, and she was a brand new teacher, so we thought he might just be going through a phase and feeling out her boundaries.  Little did we realize that it was just the beginning of a truly rough patch.  But Christmas break was going to be a reset.  We would go to North Carolina, and all of the energy that he longed to let loose could be released in the mountain air.

We started the year with high hopes for Kemper.  We had begun to see a child psychologist before we left for North Carolina, and Kemper seemed to react well to him.  He showed none of the behavior that had been plaguing him at school, and we thought that he might have moved past the obstinance that he had begun to show.  The first day back was a disaster.  He yelled at the teacher, swatted at her, and flatly refused to do his math work.  He was sent to the principal, and Anna was called in to pick him up.  We disciplined him as we then thought appropriate, taking away his beloved stuffed animals, and this seemed to affect a change in his temperament.  The next day was as bad, if not worse.  The day after that he barely made it into the classroom before he had an outburst that sent him to the principal’s office.

We had him tested, and he proved to be off-the-charts gifted (which came as no surprise to us), and we thought he was just bored.  After many tears and gritted words, we walked away with a diagnosis of severe AD/HD.  The poor little guy could not physically sit still long enough to focus on his work, which he was being forced to do and then being scolded for not doing appropriately.  The psychiatrist suggested medication, which we very reticently put him on.  The change was immediate. Saturday was his sixth birthday, and we saw for the first time in a while the true Kemper coming back to us.

I took this photograph of a small patch of crustose lichen growing on the fallen trunk of a large red oak (Quercus Rubrum) in passing while on one of the many hikes that Kemper enjoyed (though he lamented his boredom along the way).  It did not mean much to me at the time, but in context it illustrates to me the rebirth of a new year.  Christmas break was not the reset we expected.  The fallen oak did not immediately sprout new leaves.  But in the darkness, there was a hint of life anew.  I may come upon this tree when we go back to North Carolina in June, and the lichen may cover the trunk by that point…or, it may just remain there in that little patch, growing slowly but steadily.  And that progress, as small as it might be, is enough.

One Reply to “Growth”